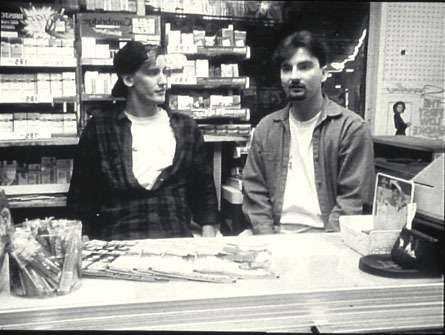 Do you ever wonder what happened to all the innocent construction workers on the Death Star (v2.0) when it is destroyed? If you've watched Kevin Smith's Clerks, you certainly would have. If you haven't seen it, Google "Clerks Star Wars" and watch a short clip from it. For those that can't be bothered, the discussion between a customer and a store clerk revolves around the destruction of the second Death Star in Return of the Jedi. Given that it was still under construction at the time, it is almost certain that many thousands of workers would've been killed in the blast. The customer feels that it's terrible that so many people were killed just doing their jobs (roofer, plumbers, electricians etc) that weren't, strictly speaking, part of the "Empire". The clerk argues that the independent contractor has a moral obligation to know who they're working for before they take on the job. If you're building a Death Star, it's really your duty to know what it is you're helping to build. If you get killed in the process, well... you knew the risk when you took on the job.

What does this have to do with you? Well, Facebook is the Death Star, and you're helping build it.

Ok, so you're not part of the Empire, but you're contributing to the construction nonetheless. You're the plumber or the electrician, the guy that forgot to put in safety rails, the girl that builds the strangely located trash compactors in prison blocks and then ensures they have large tentacled creatures in them, or maybe you're just the one responsible for naming Mr. Coffee and Mr. Radar. The point is, you don't need to work for the Empire to be complicit in its success.

Tim Berners-Lee, in his Scientific American article, wrote, "If we, the Web's users, allow these and other trends to proceed unchecked, the Web could be broken into fragmented islands. We could lose the freedom to connect with whichever Web sites we want." One of the trends he speaks of are the walled gardens of information; silos of user data owned by the likes of Facebook and LinkedIn. He argues, "Each site is a silo, walled off from the others. Yes, your site’s pages are on the Web, but your data are not." 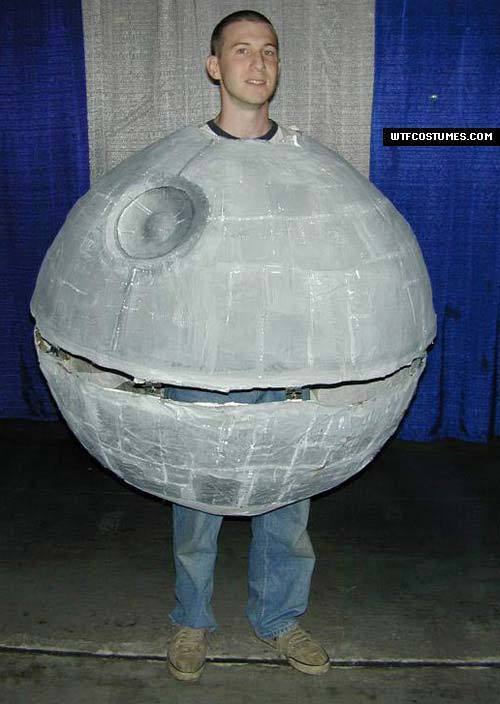 He quite clearly sees the onus on us, as web users, to prevent this from happening. But I think it actually goes further than that. Data portability is certainly an issue, but friend data is at best transient and for any individual can become outdated in a year or two. Sure those awesome photos of your mate dressed as the Death Star may be stuck permanently in Facebook's database, but in a year or two, you're not going to care. Even the network of friends you build today is quite possibly a lot different than the one you'll create in 2 or 3 years time. This data is usually not critical and is, more importantly, replaceable. People left MySpace for Facebook and built new networks, and they can certainly leave Facebook for Diaspora or whatever comes up next. No, the real problem is Facebook becoming a defacto standard for your online identity.

Many applications now provide the ability to log on to their system using Facebook Connect. In many cases, this is now the exclusive means of registering. Signing up to just about anything is becoming a simple matter of clicking the "Facebook Connect" button. For many of us, it's almost too tempting to take the quick route rather than signing up a whole new account with a new password. What we're not doing, however, is giving thought to what we're really doing. By joining something like Digg with that one click, we're permanently tying our Digg identity to our Facebook identity. Without thinking, we've made an implicit decision that our Facebook account will be active longer than our Digg account. From this point on, we can't delete our Facebook account without losing access to Digg as well. By doing this, we've all decided to make Facebook our permanent record, our online authentication protocol and our secure means of access to dozens of websites and applications.

Most of us sign up to a social network with little thought to the security behind it. Afterall, do I really care if someone knows what I did last summer? But if your Facebook account becomes your online passport, how secure is it? If your Facebook account is compromised how many sites does that hacker now have access to? How many sites can a hacker sign up to and assume your identity in the process? How many sites have your Credit Card stored securely for easy checkout? The hacker now has access to it all. The more ubiquitous Facebook becomes in your life, the more likely it is to be compromised and the more destructive it will be when it happens. What was originally a means to connect with friends, has become your single online identity. But you don't need a hacker installing malware on your PC. This an identity that is persistently logged in on your home laptop, your iPad, your iPhone and your work PC. Have you ever lost your phone or even just left your computer logged on at work? Someone now has access to everything you do online. Worse than that they even have a handy list of every website you're signed up to with Facebook Connect. 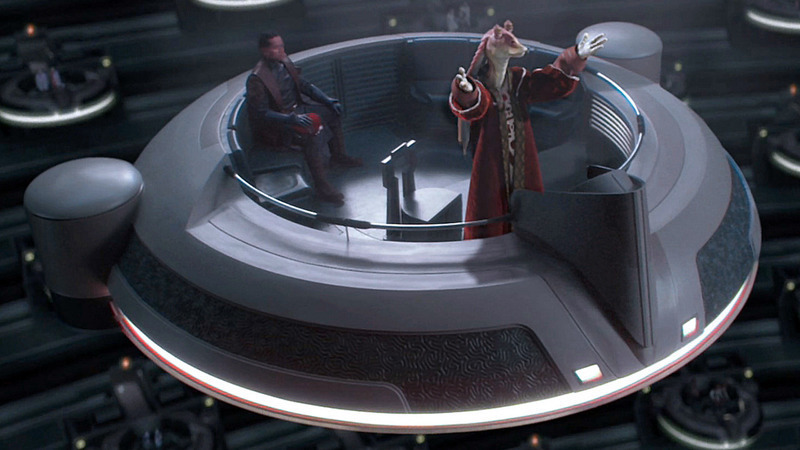 Returning for a moment to the Star Wars analogy; remember when Jar Jar Binks voted to dissolve the Galactic Senate (thus handing control to Senator Palpatine) and you were screaming at your TV because everyone in the damned movie must have to be a complete and utter moron to not see it happening? Well...you just put Jar Jar Binks in charge of your online identity. Nice work dumbass.

These are all personal issues, things that affect the end user. I'm not proposing people go out deleting their Facebook accounts. Facebook connect is actually really handy. But what about the big picture? What happens when everybody on the Internet uses Facebook as their online identity? What happens when sites start offering Facebook Connect as the only means to sign up? Without realising it, you've made Facebook the sole authentication system for logging on to just about anything on the Internet. A closed-network owned by a private company now has a complete record of every site every person on the web visits. Think about that for a second. Remember that kid from that Social Network movie you saw the other day? He's holding all the keys to everything...literally.

The danger in Facebook isn't in that you can't take your friends elsewhere, the danger in Facebook is having it become a defacto standard means of authentication on the Web. Every time somebody hands the keys to their Blippy account over to Facebook, that is one more person who is now "stuck" with Facebook. You can decide to leave your social network behind, but if you use Facebook Connect, leaving Facebook also means leaving behind every account on any one of a hundred different websites. The barrier to entry is insignificant, yet the barrier to exit is so insurmountable that it's scary. It doesn't matter what the Diaspora project do. The social network is all but irrelevant now, it's the online authentication hook that is what will ensure Facebook survives any new up and comer. 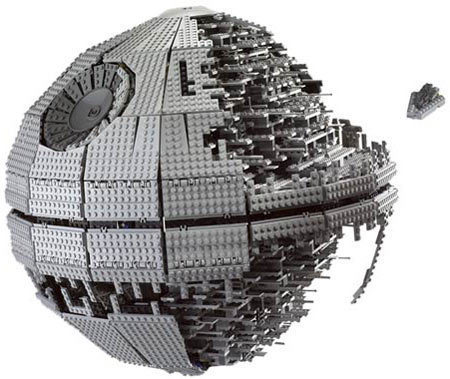 Of course, there are ways to stop this happening. As developers, we're the ones building the Death Star. Every time we add Facebook Connect, we're adding another piece of armour to make Facebook stronger, more powerful. Our users want Facebook Connect, and that is fine, but we have an obligation to give them a way out too. Some sites, like Groupon, give users the ability to disconnect their account from Facebook. You just add a password, and you can then just login manually. The problem is if I delete my Facebook account before I do this, I can't log in to Groupon to flick the switch! This is something akin to uninstalling Adobe Photoshop only to realise that you had to deactivate it first. Problem is now you can't deactivate it without it being installed, and you can't install it without deactivating it. Catch 22.

The real problem is having Facebook as a permanent centralised authentication system in the first place. It's one thing to "get started" with Facebook Connect, but an application should always provide another means of accessing the application without Facebook (even for those who connected with Connect in the first place). If Facebook becomes inaccessible, or we want to stop supporting Facebook, or even if Facebook stops supporting us, we need to have a solution ready to allow users to continue using our application without that reliance on Facebook Connect.

The goal here is to prevent Facebook "lock in" and I believe, the humble "forgot password" is the place to start. I'm putting forward the suggestion that applications that implement Facebook Connect should add a "login without Facebook" next to their "login with Facebook" link. This would work something like a "forgot password" function for Facebook users who no longer want to connect using Facebook. This would transparently modify their accounts to allow manual login and simultaneously perform a "forgot password" retrieval. The user gets an email with a link to create a password, and from then on they can use that to login instead of Facebook. Groupon is actually one site out there that is already subtly doing just this using their existing "forgot password" function, but it certainly isn't obvious. As time goes on, users are going to become more and aware of how much they're relying on Facebook for authentication, and eventually they're going to want out. It's up to us as developers to give them by providing that "out".

Of course, Facebook may have already worked this out. Now they want you to use Facebook for your email as well...can you see where I'm going with this?

We're building the Death Star, make no mistake. And every time a user signs up using Facebook Connect another Ewok dies. Do you want that on your conscience? We have an obligation to ensure that there are as many exposed shield generators and poorly positioned ventilations shafts as possible. Only by creating weaknesses in the Death Star as we assist in its construction can we ensure that some whiney kid in an X-Wing can destroy it when the world finally realises what we've built. As developers, it's our responsibility to make sure we don't contribute to the yet to be coined "Facebook lock-in". We must provide our users not only a means to use our applications without Facebook, but also a means to use our application should they have already stopped using Facebook. By perpetuating the need for Facebook logins in our applications, we perpetuate the security risk that Facebook Connect presents to our already over-connected users.